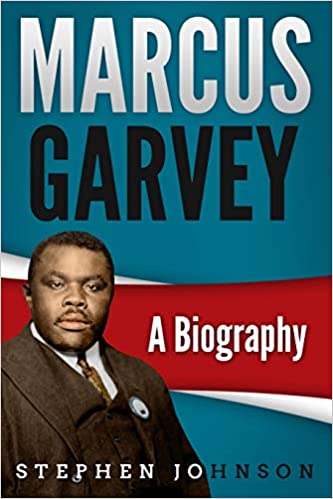 Marcus Garvey,, a Jamaican-born black nationalist and originator of the “Back to Africa” movement during the 1900s, was a passionate and formidable orator and founder of the Universal Negro Improvement Association. Garvey went on to become an inspiration for many future civil rights activists.

Marcus Garvey: A Biography, by Stephen Johnson provides an in-depth look into the incredible life of this truly remarkable man, his vision for pan-Africanism, and his unrelenting fight for the right of self-determination and self-reliance for the African people.

Johnson’s meticulously researched biography paints the complete picture of a controversial figure who stood in the spotlight during the early years of the battle for racial equality. Marcus Garvey went on to become an early pioneer in this struggle; admired by his supporters, respected by his adversaries, and feared by the government. Jamaica honored Marcus Garvey by declaring him its first national hero.