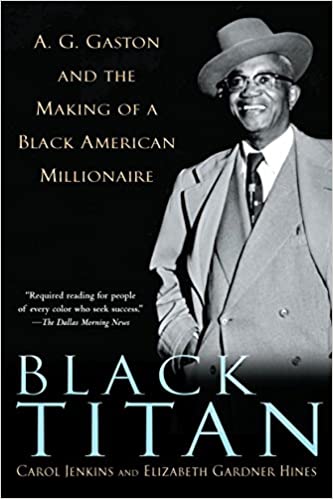 The grandson of slaves, born into poverty in 1892 in the Deep South, A. G. Gaston died more than a century later with a fortune worth well over $130 million and a business empire spanning communications, real estate, and insurance. Gaston was, by any measure, a heroic figure whose wealth and influence bore comparison to J. P. Morgan and Andrew Carnegie. Here, for the first time, is the story of the life of this extraordinary pioneer, told by his niece and grandniece, the award-winning television journalist Carol Jenkins and her daughter Elizabeth Gardner Hines.